Pixvae keeps evolving during its constant research of balance between the festive essence of currulao, this afro-colombian traditional music, and the wicks lit by the pioneering researchers of Lyon’s musical underground. The code name of this off-road adventure is « Chonta-21 ». It sounds like the name of a highway between Cali and Lyon : watch out the unexpected turns and thrilling yaws !

At the traffic jam of Africa, Atlantic and Pacific’s crossroad, the head-chief switchman is once again named Romain Dugelay. From the origins of this trans-continental odyssey, he composes maps, couples territories and offers new perspectives. Faithful to the ongoing hybridization tradition of the music from the black meta-continent, he articulates this new repertoire with a focus on the Marimba de Chonta, central instrument of currulao.

With his longstanding partners (Léo Dumont on drums & Damien Cluzel on guitar) from the Kouma power trio, Romain Dugelay’s saxophones and keys meet up with the Juan Carlos Arrechea’s marimba, fundamental encounter during the 2017 « Kaixu » tour, and with Israël Quinones, who appeared in 2019 on « Cali ». The first named is brought to push rhythmics and sounds of his instrument to the boundaries of jazz and rock. The second one adds his voice to the two cantadores : Margaux Delatour, present from the beginning, and Jennifer « Xiomora » Torres who just turns up in the venture. These last three are the basis of melodic works with the proposal of original lyrics, for a modern rereading of topics stem from currulao.

“A deliciously gritty group sound” Trouw
“Pixvae’s music oozes with self-confidence” MixedWorldMusic.com
“There isn’t a better way to start the day, than with the debut album of Pixvae […] the energy that bursts out of it is irresistible.” Cultureel Persbureau
“Discovery of the year” Jazz News
“Album of the week” Popmagazine Heaven
“Pixvae have taken […] sturdy foundations and built a roughhouse, jazz-inflected art rock on them, blocking in marimba patterns with fierce guitar, replacing the bodily throb of cununo and bomba with shocked out trap drums.” The Wire 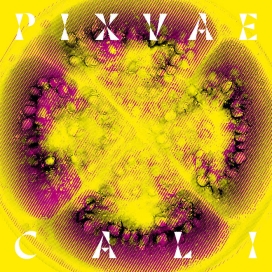 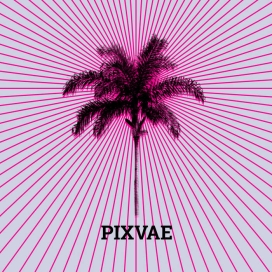 “CALI” is the second album of the group Pixvae. It was recorded between Lyon and Cali (Colombia) in September and October 2019. On this occasion the five musicians of Pivxae invited eight Colombian musicians to record with them.