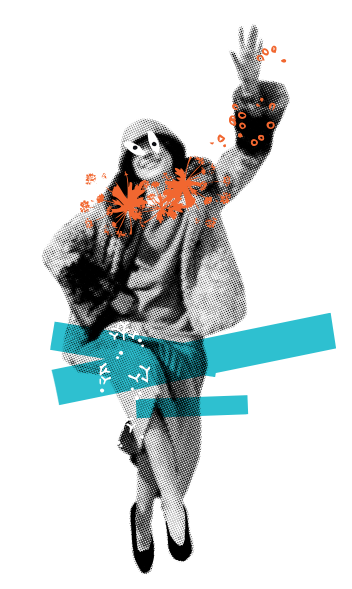 Because the artists gathered here are not alike.
Because they all offer very singular universes.
Because they defend, with exigency, artistic objects, which basically speak of the same thing — the desire for meetings, experiments, attempts.
It is for these reasons that we wished to invite all these curious characters to the same table.
And there will be something for everyone.
Large, small and medium, lovers of music, texts, theater, puppets, street performances . . .
For those who have an angled head and those with smooth hair.
Look through the keyhole:
Welcome to La Curieuse!

The association La Curieuse was created on April 14, 2011 to promote current artistic creation and to support artists whose creations show imagination, originality and relief. Its main activity is the production & distribution of live shows. The association also defends projects of cultural actions through dissemination or through participatory creations. Finally, it develops an editing component, by supporting groups in their phonographic production.